A birding trip to Cyprus 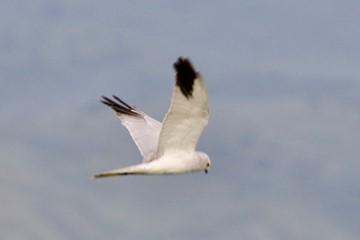 Steve from Western Isles Wildlife was doing a spring reccy trip to Cyprus in the last week in March, and I took the chance to tag along. Unfortunately Cyprus has a reputation for trapping and eating wild birds but I am pleased to say things seem to have improved and we saw little evidence of it. The weather was mixed with sun, wind and thunderstorms, but this helped holding up migrants and the visit proved one of the finest examples of visible migration I had ever observed with thousands of birds passing through. There are also several endemic species and we managed to see them all during our brief stay including the Cyprus Scops Owl. During the visit we recorded 143 species. Cyprus is located on the easter flyway with species moving into the Baltic countries and further east. I managed to see over 20 lifers. As a Harrier enthusiast the highlight was probably the Pallid Harrier with a superb male shown in the image. More images from the trip are being uploaded into the Overseas Gallery.