A week in the Uists 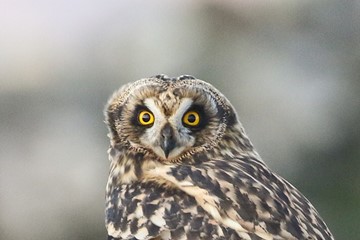 We spent a week's family holiday in the Uists based in Benbecula at the end of September, always an exciting time for migrants. Whilst the weather was mixed, as you would expect at this time of the year, we enjoyed some glorious days on empty beaches with lots of birds thrown in. Although our species list was not huge (70+) there was lots of quality and the wader numbers were immense. Highlight amongst the waders was two finds of Pectoral Sandpipers, a bird which has only been recorded once on Skye. Amongst migrant passerines it was good to catch up with a Yellow-browed Warbler at Langass. Both Merlin and Short-eared Owls provided fantastic photo opportunities and there are a number of images on the site. A Lesser Yellowlegs had been found whilst we wwere there but despite an early morning search it could not be relocated. Inevitably it was re-found a couple of days after we returned, and the appearance of an Isabelline Shrike was an added incentive for a quick return trip. Fortune favours the brave, or the daft, and I managed to see both species which can be added to my Scottish List. A bonus was the discovery of an American Golden Plover. The westerlies have brought in a few American waders....although the Shrike had come from the east, near the fringes of Asia. If anything, bird migration can be extremely unpredictable and Barra can be a bit of a magnet.