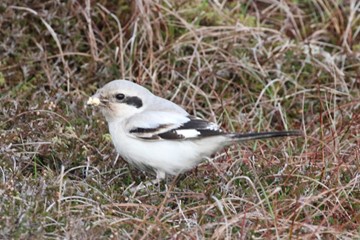 Fair Isle is the prime migration hotspot in Scotland and its long been an ambition to visit. A bird observatory converted from former naval huts, was established in 1948, a far cry from the new building and accommodation block established in recent years. Midway between Orkney and Shetland the island is well placed to receive stray migrant birds and over the years has played host to many rarities, as well as a summer residence for breading seabirds and skuas. Transport links can be challenging, as we found, especially in late October when the ferry, the Good Shepherd, only makes a weekly journey, and the weekday air service can be curtailed by crosswinds on the runway. Unfortunately we were a day late in arriving and had to leave a day early otherwise we would have had a three day wait for another flight. Accomodation on a full board basis at the Observatory, in excellent facilities was £60 a head..impossible to match on Skye! Easterly winds had brought in thousands of thrushes from Scandinavia. A siberian Black-throated Thrush had made a brief appearance but disappeared before we could see it. In all we recorded 67 species over three days, no lifers but a number added to my year list for Scotland which now stands at 213. As we had to leave early because of weather, a productive 24 hours on Shetland produced a Steppe Grey Shrike, a Red-breasted Flycatcher and a Siberian Stonechat...all three birds proving new to me and there are images in the Gallery. The ferry from Lerwick to Aberdeen was in a Force 8/9 gale so the weather had the final say.