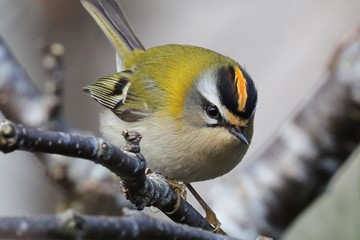 As years pass I tend to forget some of the species I have seen, so could never be regarded as an obsessive lister. However in recent years, I set myself the target of seeing 200 species on Skye. Most listers are 'seen only' so this does not include heard. Perched on 199 species I therefore found myself in north Skye last night trying to catch a fleeting glimpse of a Corncrake, a bird I have heard many times on the island, but had yet to see. The bird obligingly showed so I have now achieved my goal of 200 species. I had already seen 200 in Skye and Lochalsh where I had been lucky to see Nuthatch a few years ago. Although I have also heard Spotted Crake it is even more difficult to see so remains as 'heard only' and officially does not count. I narrowly missed the Glossy Ibis at Kyleakin recently, but thanks to recent sightings of White-billed Diver, Firecrest, Hawfinch, Redstart and Ring-necked Duck, 200 has been reached sooner than anticipated. I am particularly grateful to Martin Benson, and also several other friends for helping me fulfil this rather wierd objective and to many people out there who have kindly sent in records, and in several instances allowed access to their homes to observe a rarity visiting garden feeders. It has all been great fun and will no doubt continue as unusual vagrants continue to turn up. The rarest bird was a Blackpoll Warbler, a vagrant from North America found at Glasnakille in 2005, only the 7th record for Scotland. Lots of favourites but the Firecrest found by Andy Stables at Portree recently was an absolute delight.