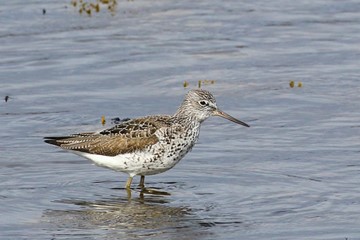 Fresh advice has been issued by the Rare Breding Birds Panel in conjunction with the RSPB, BTO and SOC. It is also being supported by a number of national websites and Skye Birds is happy to endorse these policies locally. There are at least 12 species which breed on Skye which because of their rarity, are vulnerable to disturbance, and to do so deliberately or recklessly is against the law. Although some species, particularly raptors, are still persecuted by game managers in some areas, there has been an increasing incidence of disturbance by birdwatchers and especially by bird photographers. Although such disturbance may be accidental, inconsiderate or careless behaviour can lead to birds deserting their nests or losing their eggs or young to predators. To support this we will NOTpublish any images of rare breeding species at nesting sites during the breeding season.

Rare breeding birds inevitably attract attention and interest from a wide range of people, most of whom wish them well. Certainly, most birdwatchers would like to be able to watch rare breeders, since by their nature they are not encountered often and are usually very interesting in their breeding habitat, but most people realise that approaching them is likely to cause harm and don't do so. However some individuals wish to harm our rare breeders. This might be because they want to kill them (usually raptors on land used for shooting) or because they want to take their eggs or young for personal satisfaction or gain. Other people may not wish to harm them but could do so by behaving irresponsibly. This would include people trying to take photographs of breeding birds at close range or of nests.

All species of bird are fully protected by law under the Wildlife and Countryside Act (1981) but some species are assigned special protection when at the nest— these species are included in Schedule 1 of the Act. It is an offence to intentionally disturb these birds while they are building a nest, or in, on or near a nest containing eggs or young; or to disturb dependent young even if not in the nest. It is also an offence to recklessly disturb these species, through for instance trying to get a better view by going too close to the birds, leading to the potential for accidental disturbance. The list of species covered by RBBP is available here: www.rbbp.org.uk/rbbp-species-list-full.htm.