Spring(?) in the Western Isles 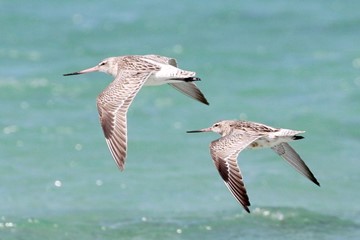 Pelagicbirder Andy and I managed to escape our biggest snow fall on Skye of the winter by heading for the western isles for three days in pursuit of some rarities. The weather remained bitterly cold throughout our visit, not exactly the best conditions for camping. An American Herring Gull on Barra proved elusive though we managed distant views of a summer plumage White-billed Diver. Migrants were fairly thin on the ground as was to be expected, though big numbers of Whimbrel and other waders were trying to move north. A disorientated Black Kite had found itself roosting in a chilly wood in Lewis so this prompted a quick change of plans and a visit to Liurbost. Unfortunately the bird had either left or had gone missing and who could blame it. Always a fantastic place to see raptors we had great views of both Eagle species, Short-eared Owl, Peregrine, and Hen Harrier. Both Little and Common Terns were returning to territories. A few Willow Warblers and Chiffchaffs were singing but the only hirundines we noted were Sand Martins. How early migrants coped with these kind of conditions is a mystery and one can only be saddened at the fate of some. Fortunately we always seemed to miss the worst of the weather and in northerly winds and sunshine, the seascapes were fantastic. We managed 83 species and 4 ferry crossings - and thanks to Road Equivalent Tariff (RET) - it was all affordable!