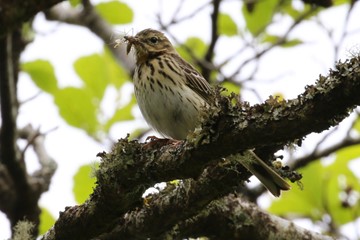 My last blog was about our holiday in Barcelona where the temperatures were rarely below 20 and we reached 30. It was a shock to the system when we returned and we seem to be struggling to get into double figures ever since, though we are promised 20 tomorrow. On June 1st there was snow on most of the tops so it has been an exceptionally wet, windy and cold spell blamed on the jet stream. The ground is saturated and vegetation has been in check, helpful if you want to see Corncrakes, but little good for those birds seeking invertebrates and hirundines amongst others will have struggled. This means fewer broods and probably lots of nest failures. John Chester on Eigg has described it as the worst breeding season he has seen, an absolute disaster. Likewise Brian Neath at Carr Brae has struggled to find his usual numbers of territorial birds. John and Brian have many years of monitoring local breeding populations and their observations are extremely important. The breeding season is certainly late and the risk is that certain species may not even breed.....for example the pair of Whinchats in my garden now seem to have moved on. In the image, the Tree Pipit carrying food would certainly appear to be feeding young but by this time you would expect to see lots of broods on the wing. So far there's very little evidence of it. We can only hope for a sustained spell of dry, warm weather for the later part of the breeding season.