Poisoning in the highlands continues 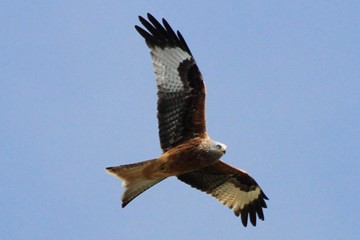 RSPB Scotland staff and volunteers who have dedicated years to helping birds of prey have spoken of their anger and disappointment after 16 birds were confirmed dead in Ross-shire. Police have confirmed that the death toll in the area is now 12 red kites and four buzzards. At least some of the birds of prey were poisoned. The conservation charity has urged anyone with information to contact Police Scotland and has offered a £10,000 reward for information that leads to a successful conviction. Brian Etheridge has worked for the RSPB for 27 years and marks 19 years as a red kite officer in the Black Isle this week. Instead of celebrating, he is still reeling from the deaths of many birds he has worked with for more than a decade. Brian said: “This has been the worst two weeks of my life. I have worked with all of the birds – each one was ringed and tagged by me. I was there at the very beginning when they were only a few weeks old and I was there at the end when I went to collect their bodies. It’s a huge mix of emotions; I’ve gone from being very, very angry to extremely sad. Some of these birds I’ve known very well and for a very long time.” One of the dead birds was a 16-year-old female that Brian first tagged in 1998. She had been breeding in the Black Isle for 14 years and had raised between 25 to 30 young – one of which, an eight-year-old female, was also among the dead. Brian said: “I’ve gone to her nest every year since she first bred back in 2000 and I’ve climbed up to her nest so she probably knew me quite well. She was like an old friend and a very familiar sight so I will miss her this year. She had mated with one male for 13 years and he was so faithful. He has been sitting on their nest, waiting for her to come back. “Something like this can just wipe out so many birds and so many years of work. This is by far the worst example I’ve ever witnessed. There has been a huge reaction from the public. The community has really taken these birds toits heart. This was the very first reintroduction programme in Scotland so most people are very proud of their red kites.”

Every year we are lucky to enjoy sightings of Kites on the west coast which will be birds from the Black Isle population. We always hope that Kites will return to breed on Skye as they once did, but tragedies such as this severely impact on the population and set back the natural re-colonisation by years.