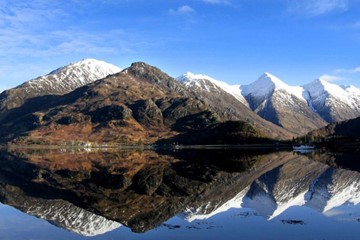 Rule Anderson, NTSRanger for Kintail and West Affric produces an annual breeding report and we are pleased to be able to show extracts of it here. Results of Golden Eagle work undertaken by Rule have already been shown in the blog. "The 2012 breeding season appeared to be a bumper one for many species with Blackbird and Blue Tit fledging young in May, no doubt helped by our terrific weather. There was a notable resurgence of local Wren and Stonechat populations with the first Stonechat records on NTSproperty since the bad winter of 2009. House Martins also fledged from artificial boxes sited at the Kintail Outdoor Centre, with one box accommodating 3 nests and several pairs nesting at the location (This is still a scarce species in the area so this is an initiative worth repeating elsewhere). Black and Red-throated Divers did not appear to have fared so well despite promising starts. Black Grouse numbers probably did better in the West Affric area, and though numbers at leks are small, appear to be increasing." We are grateful to Rule for a stunning Kintail image.