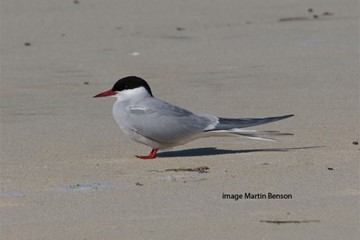 Many of our small offshore islands are rarely visited so I am extremely grateful to David Steventon of the Shiants Auk Ringing Group for reports following visits to these island groups off the Trotternish coast. The Fladaigh Chuain group includes The Cleats, Gearran Island, Am Bord and Thon Eilean, were visited on July 1 2012 but had also been visited the previous year. Eilean Trodday was visited on June 24 2012. In 2011 a total of 250 young Arctic Terns were ringed on Fladaigh Chuain but this had significantly reduced in 2012 with only 8 young birds ringed and only 22 nests observed. A total of 24 species were recorded on the Fladaigh Chuain group with evidence of 14 species breeding. There were two territorial pairs of Great Skuas and evidence of breeding was found on Eilean Trodday where two pairs were also found including a nest with a chick. Confirmed breeding of this species is still scarce in the area. Only 10 breeding species were recorded on Trodday and due to the topography, little evidence of breeding seabirds. Amongst the more unusual records were 3 rabbits, two black and a grey, on Fladaigh Chuain, presumably survivors from some introduction in the distant past. Very grateful to David and the Shiants Auk Ringing Group for their information. All the data has been entered on the Seabird Monitoring Programme database: http://jncc.defra.gov.uk/smp/