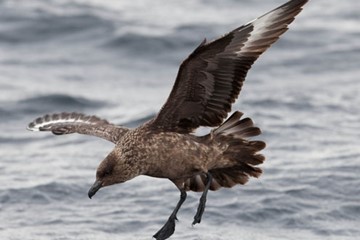 The HBRG arranged a boat trip from Kyle to the Crowlin Islands on Saturday 9th June. The idea was to put the islands on the biological map by recording as much flora and fauna as possible. The number of passengers was limited to 12 people with a range of identification skills.

My own interests were the birds, butterflies and moths to be found on the islands. Although it was a fine day there was a fresh northerly breeze which meant that butterflies were conspicuous by their absence. A brief glimpse of a possible Small Pearl-bordered Fritillary was all that I achieved. It was a similar situation as far as day-flying moths were concerned but several Magpie Moth caterpillars were found plus a Common Wave. Luckily Jimmy McKellar is a whizz with a butterfly net and when we returned to the pick up point he presented me with a few moths that he had netted. One of these was a spectacular Wood Tiger for which there are only a handful of records in the West Ross recording area.

I was able to identify 19 bird species on the island plus a couple of passing Gannets. The main interest was the presence of at least three Great Skuas which were constantly in flight over the island. There was much interaction between the skuas and Great Black-backed Gulls, the most numerous of the gulls present. A pair of Red-throated Divers alternated between the freshwater Loch nan Leac and the sea where they could be heard making their wailing calls. A Red-breasted Merganser was the only duck species seen and Oystercatcher and Common Sandpiper the only waders recorded. The moorland produced the anticipated Meadow Pipits, Skylarks, Wheatears and a Cuckoo whilst the few patches of scrub woodland held at least six singing Willow Warblers. Perhaps the biggest surprise was the presence of Lesser Redpolls with their distinctive flight calls.

Herring and Lesser Black-backed Gull, Cormorant and Shag, Hooded Crow and Raven accounted for the rest of the recorded species. However during the sail to and from the islands Kittiwake, Guillemot, Razorbill and Puffin were added to the day's tally of birds seen.

A further visit is to be made in July and it will be interesting to see whether any other species can be added to the list.