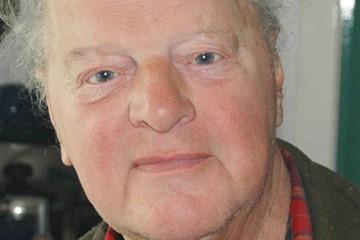 Andrew Currie died peacefully in Broadford Hospital on 27th March, 2012, and family and friends celebrated his life at a service in the Church of Scotland, Broadford, on Monday past. Born in Edinburgh in 1930, Andrew moved to Skye with his family in 1976 whilst he was working with the Nature Conservancy Council and quickly established a reputation as an individual who cared as much about people as natural history, and saw the two as inextricably mixed. Always quiet and unassuming, Andrew was an accomplished naturalist but in typical style, admitted to a little knowledge about botany and not too much about birds, which was far from the truth. He was a founding member of the Skye Branch of the Scottish Wildife Trust and for many years its Chairman. He was also a lifelong member of the South-West Ross Field Club. Andrew's regular Nature Diary in the West Highland Free Press became something of a local institution. He gave freely of his information and knowledge and much of his ornithological data was incorporated in Skye Birds when it was first published in 2005. A full obituary by Jim Crumley appeared in the WHFP on this date. Our sincere condolences go to Hazel, Duncan and Malcolm.